Interesting facts from the history of collecting 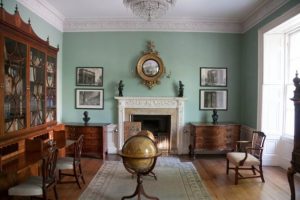 The origins of collecting lead in antiquity. Notable people collected antiques and art objects and decorated them at home. In the I-II century BC in ancient Rome, the market of ancient products was very developed, antique shops were popular in the cities and auctions were held regularly.
In Europe, the passion for collecting comes into vogue in the Renaissance. One of the famous coin collectors of the time – the famous poet Francesco Petrarch, who collected medals and gold coins.
Peter I can be considered as the ancestor of collecting in Russia. Since his childhood, he loved collecting weapons, rare coins and minerals. The king over the years of various travels personally collected a collection of the most unusual finds. It was Peter’s private collection that became the basis of the famous Kunstkamera in St. Petersburg.
In the XVIII century collecting from fashionable fun turns into a serious occupation. The first collectors associations are created. One of these meetings was the Rumyantsev Circle, which united fans to collect books.
At the same time, Catherine II began buying paintings of famous medieval artists in Europe and collecting the Hermitage collection.
In the XVIII century, the very concept of antiques appeared. An antiquarian became a thing that largely lost its practical purpose and became a symbol of the past.
The beginning of the nineteenth century was the heyday of Russian collectibles. Then not only the representatives of the royal bloodshells and nobles began to collect antiquities, but also raznochintsy, and businessmen, and representatives of large and medium merchants.
Antiques trade is also developing, antique shops and shops appear. A famous place in Moscow where they sold antiques or paintings was the market on Sukharevskaya Square. And there it was possible to buy a Rembrandt canvas or a statuette of ancient times for nothing, because the sellers did not always understand the true price of the goods.
Collecting in the twentieth century
After the revolution of 1917, the passion for gathering diminished, many private collections of the nobility were destroyed or looted. With the advent of confiscated property, a “black market” of antiques appeared. In 1922 they began to dismantle the treasures of the house of the Romanovs. The Bolsheviks did not know the value of these objects. The unique household items of the royal dynasty, jewelry, masterpieces of famous artists were lost, looted or sold abroad. A small part of the treasure miraculously survived and settled in museums.
After the 20s of the last century, collecting antiques became the prerogative of officials and the “party elite”. They sold and bought valuables more often underground. Collectors were afraid of questions – where did the money for such luxurious things come from?
In the second half of the twentieth century, historical values ​​appeared in the homes of artists, writers, cultural figures, directors of enterprises, doctors, etc.
In 1957, the Moscow City Society of Collectors was created. According to the charter of the society, its participants were supposed to unite collectors of all cities and countries and help museums.
Today around the world there are about 4,000 large private collections. Most of their owners prefer the collection of antiquities. The trade in antiquarian values ​​is also developed today; it is easy to find an antiques shop in Moscow.

Posted in Coins of ancient, confiscated property, excellent quality, first collectors, made more, meetings was
<a href="http://thisismyurl.com/downloads/easy-random-posts/" title="Easy Random Posts">Easy Random Posts</a>
ousted emperor on coins feel sorry create auctions examining several idea failed private collections characterized by abstract every collector foreign coins correct decision many cultural monuments despite the time coins were circulated been mistaken was possible bins may well never find price of the goods developed today money was made Scrubbing the canopy places occupied besides the members detail inscriptions Leningrad factory all-powerful autocrat only coins ruble coins valuable copy boards were born favorite place first monument money of regular coinage ruble was new she settled will prompt did numismatics exists thanks coins in antiquity collection are coins individual countries was decided large Russian silver submitted for discussion class stratification
How to invest money in coinsThe stock market is falling, the ruble is getting cheaper, interest on deposits hardly falls short of inflation. And we all begin to think about other ways to save and…