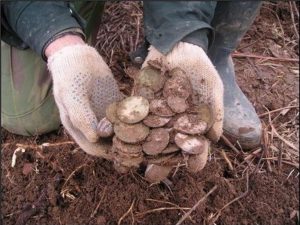 Findings of treasure hunters of Ukraine fascinate with their wealth and antiquity: here are Scythian gold, royal coins, church utensils, ancient icons, various artifacts and decorations. Perhaps you also want to personally touch the bygone era, to replenish the collection of the local history museum in your city or to realize a childhood dream and find treasures?
How to find hidden treasure
What do you say – treasures are only in fairy tales or fantasies? Or do they need to go to an abandoned island, using an ancient pirate map?
Yes, the map with the desired cross: “dig here” would not hurt, but modern devices make it possible to find the buried, even without specifying the exact location.
Ideal places to look for:
Attic and walls of abandoned wooden and stone pre-revolutionary buildings. There you can find not only jewels, but also unique utensils of the past centuries, the main thing is to get permission from the owner of the house or look in completely forgotten buildings.
abandoned farms
The bottom of the reservoir in public bathing areas and sandy beaches. The tradition of throwing coins into the water was not invented yesterday, so royal coins, jewelry, buttons and other old and modern values ​​will be your find.
Old settlements, especially in places of fairs, Cossack sites, tracts. Of particular interest are the places of old houses, because many people who were forced to urgently escape from the invaders, buried everything of value right in a hole in the foundation. But for such finds it will be more useful to have a deep frame, whose ability to detect is calculated in meters.
See also: Siege map of Styshishcha 1664
Burial sites. To search there or not, it is up to you to decide, there are many beliefs and legends about conspiracy treasures, about the treasure buried along with their master and about the consequences of such a finding for the treasure hunter. To believe or not to believe is your responsibility.
Modern metal detectors are so “smart” that they are able to separate the real treasure from rusty lids, nails, can remains at a depth of up to 0.4 m, the main thing is to adequately adjust the detection range. They can level the magnetic interference of sandy, clay and mountain soils. In addition, the discrimination function will help to distinguish the chest of coins from the military projectile. The most acceptable depth for finding small targets is up to half a meter.
metal detectors
Search magnets are able to lift a metal load from the bottom to 400 kg if you can pull it out (though, apart from the treasured royal coins, antique keys, and there will be a lot of weapons too, but you can pass the scrap metal successfully). Neodymium magnets should be carefully handled, and parts of the body should not be placed between metal parts and a magnet, otherwise, instead of a successful discovery, you can make a break.
In contrast to metal detectors, they work at a greater depth and cannot discriminate against various types of finds, or rather they simply do not notice small things, since they are oriented towards large targets. It is more efficient to use a deep metal detector after limiting the treasure search area with an ordinary metal detector.
And remember how unsightly your find would be – the decision on its value even an experienced treasure hunter can make only after cleaning and detailed consideration.
Good luck with your finds!

Posted in absolutely identical, average selling, Byzantine emperors, invented yesterday, throwing coins
<a href="http://thisismyurl.com/downloads/easy-random-posts/" title="Easy Random Posts">Easy Random Posts</a>
foreign coins characterized by abstract developed today detail inscriptions favorite place large Russian silver all-powerful autocrat been mistaken despite the time collection are coins valuable copy price of the goods money was made many cultural monuments Leningrad factory besides the members coins in antiquity boards were born private collections create auctions ruble coins was possible every collector feel sorry examining several she settled class stratification ousted emperor on coins money of regular coinage places occupied exists thanks individual countries only coins coins were circulated correct decision was decided idea failed will prompt ruble was new Scrubbing the canopy submitted for discussion first monument did numismatics bins may well never find
Opening an antique shopAcquisition of antiques - it was and remains one of the most reliable ways to invest money, which allows you to ensure a stable income in the amount of 20-50%…