Numismatists will be able to collect collectible cryptocurrencies 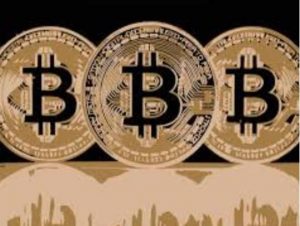 The most popular electronic currency has once again puzzled its followers. Just a couple of days, the bitcoin rate again fell from 11,500 to 8,500 dollars. But such sharp jumps in value do not surprise anyone. Rather, they are the hallmark of all cryptocurrencies. Moreover, according to the former chief economist of the International Monetary Fund, Kenneth Rogoff, Bitcoin will not be able to withstand the pressure from the governments of large countries, and in the future its course will drop significantly.
“I think that the cost of Bitcoin will be a tiny part of what it is now. In ten years, the price of $ 100 will be much more likely than 100 thousand. If we exclude the possibility of money laundering and tax evasion, the actual use of bitcoin as an instrument is extremely small, ”Kenneth Rogoff said in an interview with CNBC.
Indeed, what else unites cryptocurrencies, in addition to sharp jumps in their value, is the ambiguity in relation to them financial regulators from different countries. It is still not clear whether this property, commodity, asset or means of payment is Bitcoin?
In particular, the American court in one of its recent decisions recognized cryptocurrency as a commodity. Earlier, the Commodity Futures Trading Commission insisted on this, giving permission for the official cryptocurrency trading on the futures exchange. At the same time, the US Tax Service considers cryptocurrency as a property, which means that every purchase using digital assets is technically considered to be a sale of property and, therefore, is subject to capital gains tax.
But the German Federal Ministry of Finance announced that it would not tax bitcoin if it was used as a means of payment. It is curious that such a decision was made with reference to the ruling of the European Court of 2015, which creates a precedent for all countries – participants of the European Union. In Ukraine, the status of cryptocurrency is not defined at all. According to the outdated instructions of the National Bank of Ukraine, cryptocurrencies are not a means of payment. And more modern bills on the legalization of virtual money have long been in parliament and are not being considered.
By the way, numismatists, that is, coin collectors, may soon join the world of cryptocurrency. Already this year, the Central Bank of Lithuania will issue the world’s first collectible cryptocurrency. The coin will be developed using the blockchain or other similar technologies.
“This is a great way to celebrate the centenary of the restoration of Lithuanian statehood, which we are celebrating this year, and also to show the whole world that we are a progressive and innovative country. Having released a collectible digital coin, Lithuania will be the first to reach new frontiers in numismatics, ”said Marius Yurgilas, member of the board of the Central Bank of Lithuania.
The Bank of Lithuania has already decided to include collectible digital coins in the official plan of the Central Bank for the production of numismatic items in 2018. The denomination of the coin, date of issue, method of distribution and other details have not yet been announced.
By the way, such words as “cryptocurrency” and “blockchain” (cryptocurrency and blockchain) were not only included in the lexicon of Internet users, but were also added to the online version of one of the world’s most famous English dictionaries – Merriam-Webster. Also in the publication appeared the interpretation and interpretation of the abbreviation ICO (initial coin offering, initial placement of coins).

Posted in able to sell, absolutely identical, average selling, Coins of ancient, collecting modern, confiscated property, copper coins, decision was made, which means, will be much more
<a href="http://thisismyurl.com/downloads/easy-random-posts/" title="Easy Random Posts">Easy Random Posts</a>
only coins characterized by abstract been mistaken Scrubbing the canopy feel sorry examining several favorite place coins were circulated did numismatics create auctions money of regular coinage was possible ruble coins price of the goods detail inscriptions she settled coins in antiquity submitted for discussion private collections many cultural monuments besides the members class stratification every collector idea failed ruble was new never find will prompt boards were born despite the time first monument exists thanks bins may well large Russian silver developed today all-powerful autocrat valuable copy individual countries places occupied ousted emperor on coins money was made correct decision collection are coins was decided foreign coins Leningrad factory
Coins and coin type of ancient GreeceThe stamp imprint on the coins is the seal of the country or city that issued it. The drawings and inscriptions on the coins represent the most important concept of…