The history of paper money is just as exciting and varied as the history of metallic money. At the beginning of the history of paper money, there were two forms of banknotes – a receipt and a promissory note.
The receipt was issued as a certificate that a specific amount of metallic money is in the banker’s custody. Over time, the receipt has become possible to transfer to another person. Later, the receipt acquired the form of a banknote, which documented the client’s right to receive the amount in the form of coins indicated on the banknote at any time. Over time, the debt receipt turned into public money, which, as a rule, could not be received in the form of coins, but which had to be accepted for payment by all public funds. In addition, there are still temporary paper money issued to compensate for the shortage of coins. END_OF_DOCUMENT_TOKEN_TO_BE_REPLACED 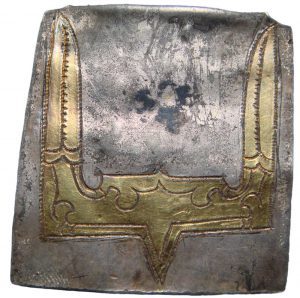 We talk about the largest Internet site for the sale of antiquities in the post-Soviet space with the famous Kiev collector, Violiti website administrator Yuri Pokrass.
– How many years has “Violiti”?
– This year the forum itself turns 10 years old. Initially, it was created as a club for active recreation and metal search and was called “Treasure Seeker Violiti”. Over time, people began to sell and buy something on this resource, a market was formed – at first absolutely chaotic and unprofessional. As in a regular forum, it was possible to set up an item, offered a price for it, and bargaining began. Gradually, there was a large number of lovers of antiquity who shared their knowledge. They were elected experts of the resource, appeared control and rather tough moderation in order to prevent incorrect communication and sale of fakes. END_OF_DOCUMENT_TOKEN_TO_BE_REPLACED